Scott Ritchie Productions made their debut in 2015 at The Old Rep Theatre in Birmingham with an actor-muso production of Treasure Island. They were invited to return in 2016 to produce the in-house festive offering.

SRP hosted The Three Degrees live in concert in 2016, followed by The Northern Soul Tour in 2017. We also presented ‘Aladdin’ in 2017 at The New Theatre, Peterborough, which was the first Christmas production at this historic venue in ten years.

In 2018 we produced a new touring production of ‘The Wind in the Willows’. 2019 saw another new touring production of ‘Alice in Wonderland’ which played in thirty beautiful theatres across the country and added more venues to our ever growing portfolio! We presented the in-house festive production at the beautiful Broadway Cinema and Theatre in Letchworth Garden City in 2019 with ‘The Wind in the Willows’.

We were delighted to produce ‘Christmas Spectacular’ in December 2020, our first production at Bournemouth Pavilion.

For the 2021 Christmas season, we created a brand new version of ‘Rapunzel’ in association with South Mill Arts Centre, Bishop’s Stortford to critical acclaim. This was followed by an extensive forty date UK tour throughout 2022.

‘The Little Mermaid’ is our new production for 2023 which opens in February before heading out on a forty five date (and growing) UK tour, playing our first ever run of London shows along the way!

Having trained at the Bird College, performed in the West End, in national tours and internationally: Scott moved into choreography and direction. This lead to thirteen years and a happy association at Cambridge Arts Theatre, as well as many more exciting collaborations along the way. 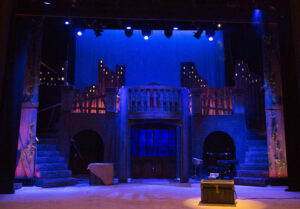